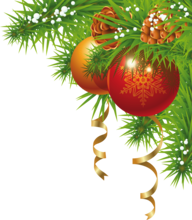 Santa Land is the new reimagined version of the Millis Wonderland display that delighted so many guests.   Now located at 133 North "Pole" Avenue in Mendon, MA, Santa Land is an exceptionally beautiful walk through display housed in a lovingly restored 1792 dairy barn.    As guests stroll through the barn's 3 floors they are treated to beautifully detailed Disney-like displays that capture the spirit of the Christmas season.

Millis Wonderland grew out of the Meehan family’s love of Christmas and their desire to give back to the community during such a special season.   What started out as decorating for family and neighbors evolved into a Christmas fantasy land spread over 43 acres at the family farm.   The much loved display was voted the country's best Christmas lights setup by viewers of NBC's "Today" show and was featured on several television shows and numerous articles.

In 2003 Kevin Meehan purchased the “Christmas Wonderlands” display curated by “Mr. Christmas” Mervin Whipple and added to it to create Millis Wonderland.  The drive through display included over 100,000 lights, thousands of displays, animations, and workshops that transported visitors to another place, magical and full of Christmas joy.

A visit to Millis Wonderland became a family transition for so many families in our area.   As a result, over 75,000 people would visit annually generating thousands of dollars in donations to the Salvation Army.

The 2014 season was the last in part due of the ever-increasing congestion caused by the popularity of the site as well as the family transitioning with their children growing up, moving on and started their own lives.

However, the Meehan family's desire to share the joy of the season remained and they worked to reimagine the display.   In 2022 the display was reimagined as Santa Land, a beautiful walk through display  in Mendon, MA.